One of my next beers I wanted to make was a wheat beer in the style of Hoegarden. I had previously tried out this style earlier this year (see here). This beer was nice enough but it was so alcoholic and sugary that it was near-impossible to enjoy drinking it. This next beer was an attempt to rectify this.

To improve upon the last recipe I made some alterations, namely in reducing the amount of input to bring down the OG. I also simplified it a bit and took out unnecessary carapils and wheat whole grains.  The recipe was altered so as to allow 4.5 litre brewing. 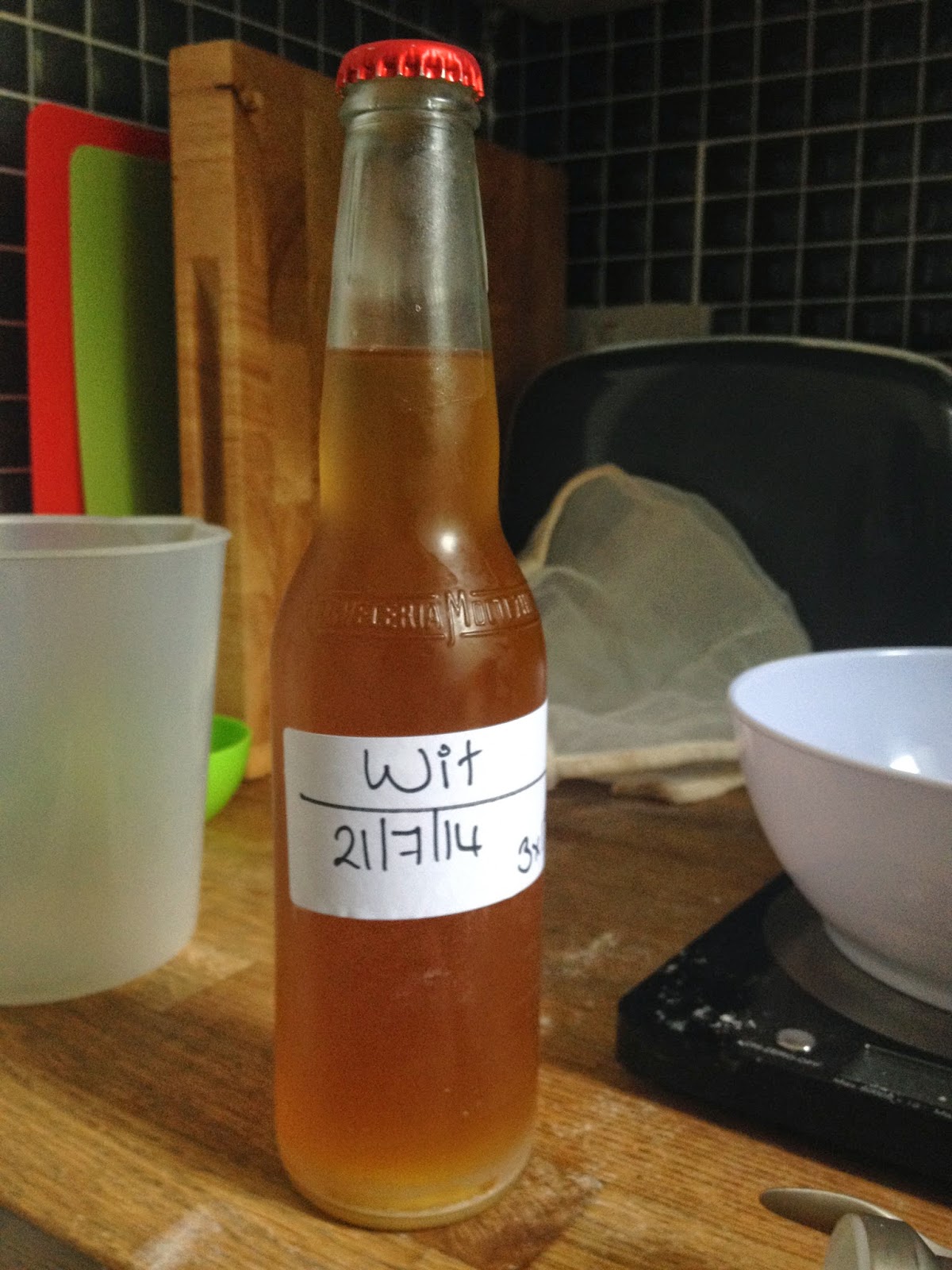 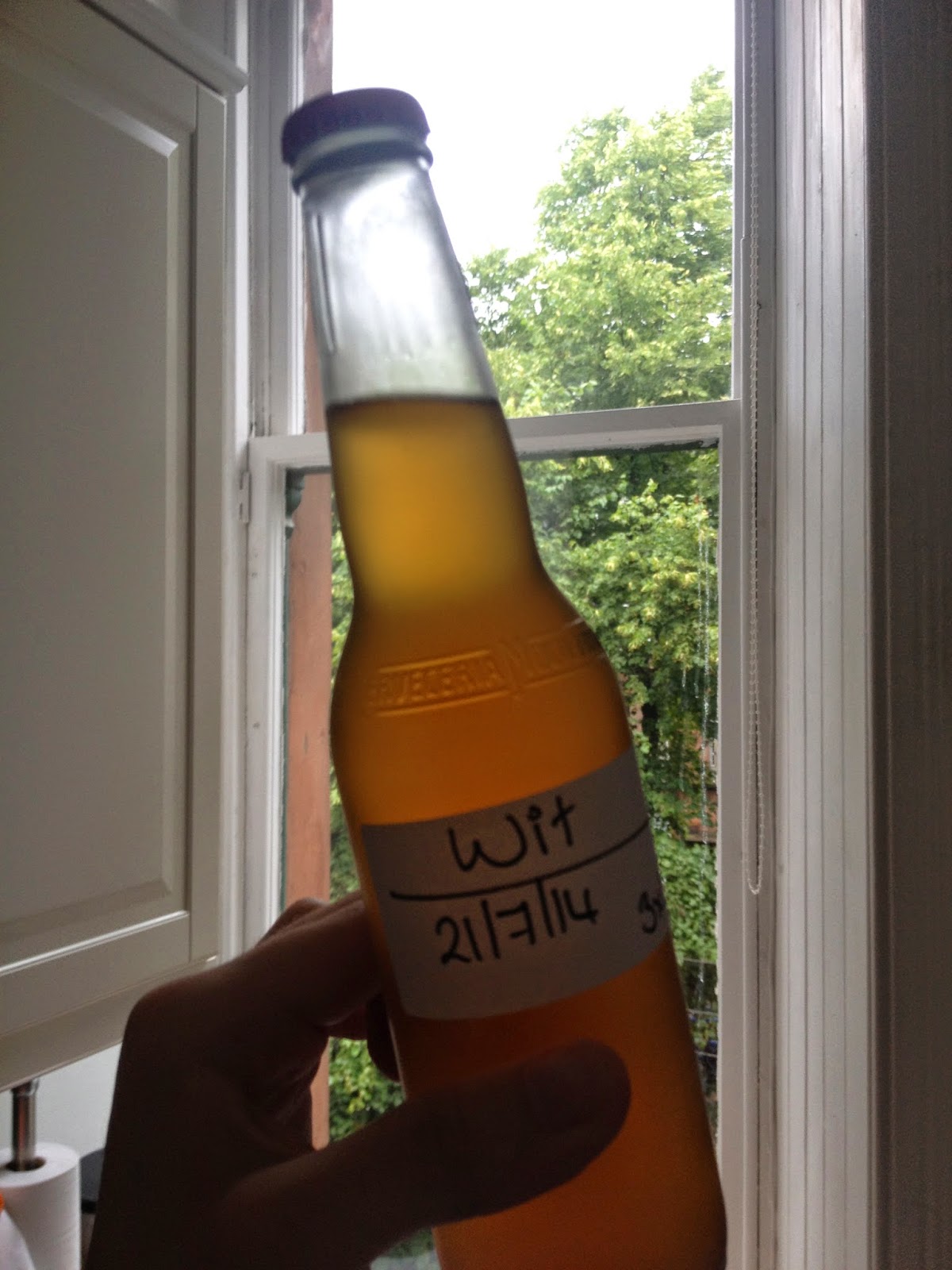 To make this beer different from standard wheat beers and more like Hoegarden, I added 2.5 grams of each, orange peel and crushed coriander seeds ten minutes before the end of the boil.

I managed to hit these stats as OG and then after three weeks in the primary, a 91% attenuation, which was particularly high attenuation than I would have predicted. (13.5 and 6 brix at 0 and 3 weeks, respectively).


Smell:
It smelt very clean and not hoppy, very like a traditional lager. Hints of fruitiness were picked up but no overriding orange or coriander. 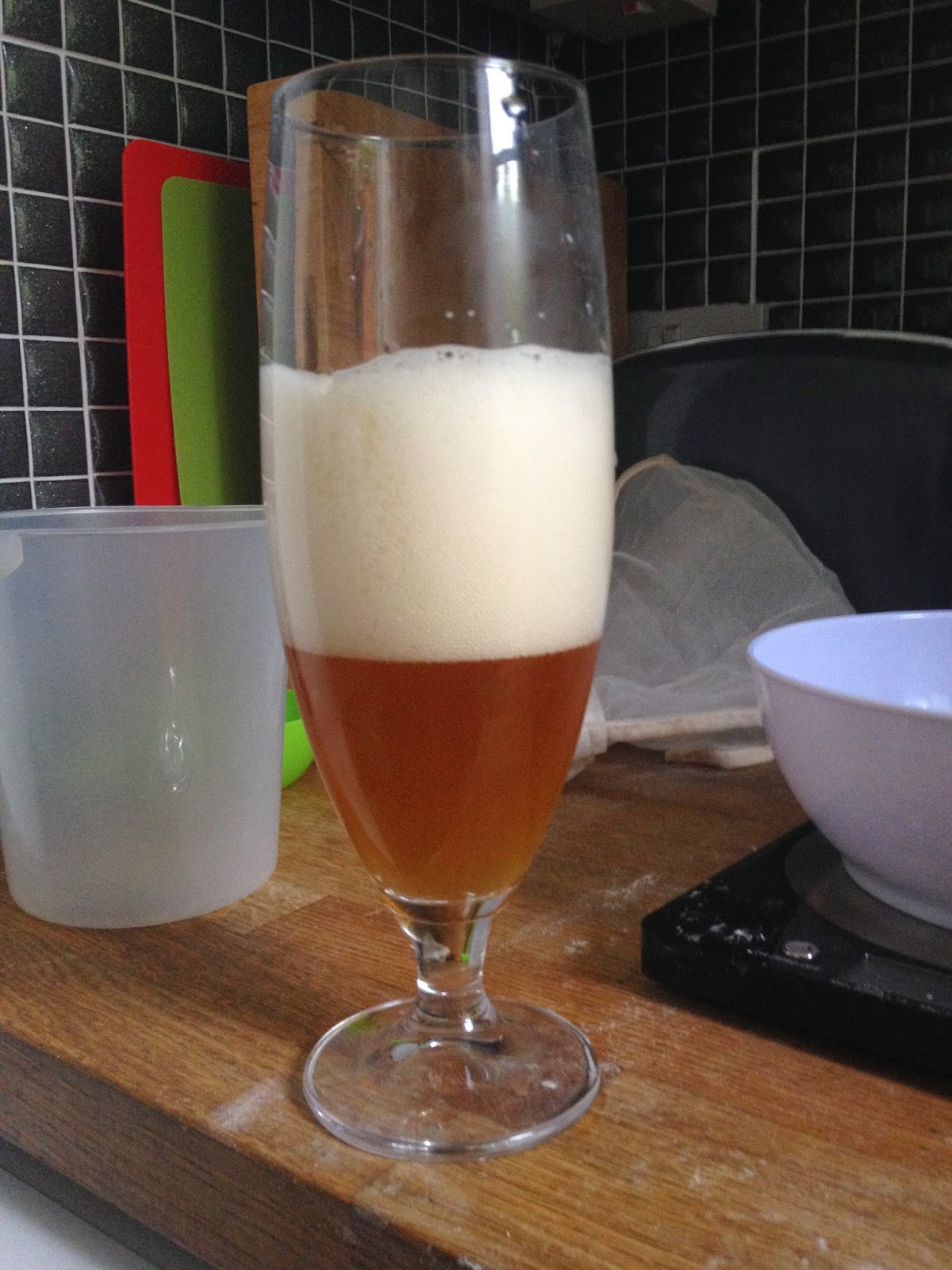 Taste:
This beer tasted and felt very crisp and clean (carbonation levels helped! - and the FG?) initially then quite malty like a lager towards the end (predicted given the Saaz hops usage?) but with a hint of fruitiness in there (but just a bit!). However, this beer was way more malty and wheaty than it was fruity and estery. It came across a bit too sugary for my liking, which I guess could be explained by only leaving it 1 week in conditioning.

General comments:
This was a lovely beer. I have never hit such levels of cleanness and crispness before. It is very similar to a beer like Miller or another dry lager. Compared to the previous wheat effort, it was a lot more enjoyable to drink but essentially tasted very similar (same malts, same hops). In the end it tasted a bit more like erdinger and blue moon rather than hoegarden. 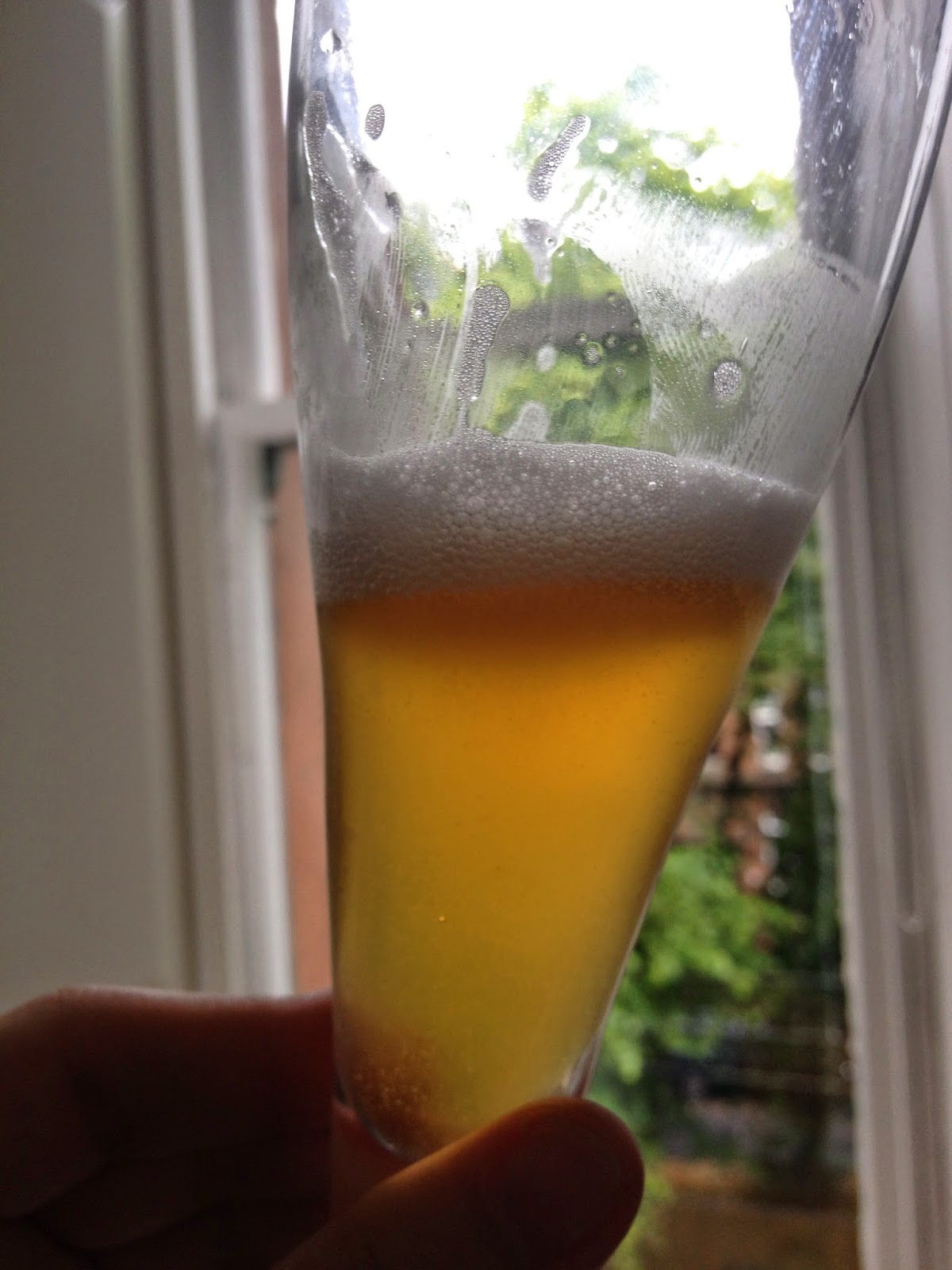 What would I do differently?
For the next wheat beer attempt I would stick closely to this recipe. I would not leave it for three weeks in primary to decrease the dryness. I would reduce the sugar for carbonation but then would increase the conditioning time. I could also up the herbal content.